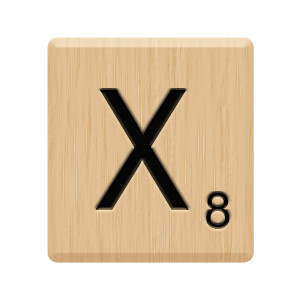 Social media marketers are constantly trying to find the best way to reach potential customers. If you listen to the plethora of online ‘experts’, you’d think millennials were the target market of the century. They’re the tech savvy generation born and raised in the digital world. Surely they understand and navigate online activity more easily than everyone else, right? But, are they really the group that’ll whip out their wallet…or Apple/Android Pay and spend money with you?

I belong to Generation X. We are the smallest generation, born between the mid 60’s and early 80’s, and only number about 65 million to millennials’ 83 million. I was born in an age when TVs didn’t have remotes, cell phones didn’t exist, and wearing a seatbelt was only a suggestion. As far as technology is concerned, my college years were spent walking to the campus computer lab to sign up for a time to use the word processor. Rarely did anyone have personal computers in the early 90’s. Well, that one girl down the hall did, but she got tired of everybody knocking on her door during finals’ week.

Fast forward 25 years. Gen Xers have adapted to and embraced the world of technology! On any given day, our eyes are glued to laptops and tablets and smartphones – just like everyone else. And boy do we love our technology! According to a Nielson Social Media Report published this year, Gen Xers spend more time on social media than any other generation! They spend almost 7 hours on social media per week, as compared to Millennials’ 6 hours and Boomers’ four.

Hello! Can anybody hear us?!

Why, then, do marketers ignore Gen Xers and leapfrog their marketing efforts from Baby Boomers to Millennials? Some marketers claim its simple math. According to a 2016 Adweek piece, boomers and millennials get the most attention because they have the largest demographic. Again, while Gen X is 65 million strong, that’s small change compared to boomers’ and millennials’ 74.9 and 75.4 million, respectively. Others think it’s the middle child syndrome. Gen X’ers are bookended by two significant ‘revolutions’. Most Xers don’t remember the Civil Rights Movement or Vietnam from their boomer parents’ generation, and they aren’t the poster children for the digital age, either. For many marketers, these factors make it more difficult to define who they are, since there’s the accepted perception that there is nothing to make them unique. Instead of trying to figure out how to market to this multi-dimensional generation, they’ve been largely ignored by most.

While they aren’t the largest generation, 65 million wallets are nothing to sneeze at. But, outside of just their demographic number, there are a few things that should make marketers sit up and take notice.

Do your homework to understand!

Even with all of this data, you’ve got to understand more than just the numbers. Gen Xers have more disposable income to spread around. Millennials are generally focused on growing income and trying to determine their next career move. Boomers are in or contemplating retirement, so they may pull back the reigns a bit on spending. Gen Xers, in general, are in a stage of life where work is stable, salaries are stable, retirement accounts are stable, and they can afford to spend and splurge a little.

While Xers adapted to the digital world, they are more than comfortable with online shopping. They’ll still pack up the family and head to the mall or outlet to shop, but they are just as likely to put their feet up and search online for that leather jacket they can finally afford.

BONUS: Gen Xers tend to be more loyal than other generations. Translation:If they like your product, they’ll come back again and make additional purchases. Sales 101: current customers typically spend more money than new ones. Make sense?

So, don’t overlook the generation with money to spend by following the crowd or trends! Gen Xers may not be the ‘it’ generation, but have the dollars you’re trying to get.

This site uses Akismet to reduce spam. Learn how your comment data is processed.